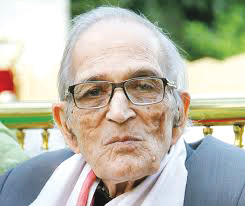 It was so kind of you to have handed over to me a copy of the Sthapatyam, Journal of the Indian Science of Architecture and Allied Sciences. It is a new beginning that you have made and for this, if not for anything else, you deserve full plaudits. You have been very innovating in bringing it out the innovativeness marked by connecting the Indian science of architecture with Vastu-sastra, the science that deals with selection of a site for a house, a building, a mansion, a fort, a city or a town which plays a definite role in shaping the character, the temperament and even the future of the inhabitant/s, a fact corroborated by historical evidence. The issue has ten learned articles apart from the equally learned Editorial. Each article takes up a particular issue and deals with it in all its varied aspects. Even the issues that have been discussed in detail earlier by erudite scholars are re-visited here with a new approach shedding new light. Particularly noteworthy in this connection are the study of the reading aryohi..for which an alternate reading ehy ehi..is suggested with all cogent arguments in the Allahabad Stone Pillar Inscription of Samudragupta and the study of Pataliputra, its soil shaping the character of its successive rulers.

The issue under reference is marked by a plethora of maps, diagrams and line-drawings in corroboration of the assertions made in the course of the articles. There are lengthy references from old texts for the same purpose.

The journal is bi-lingual, both in Hindi and English and therefore is useful for both, the Hindi-knowing and non-Hindi-knowing people.

The Editor deserves compliments for setting the highest and the most exacting standards in the very inaugural issue of the journal itself. This promises well for its bright future.